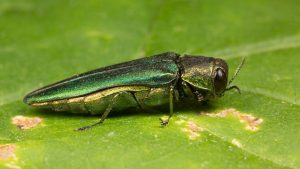 Emerald Ash Borer Has Been Found in the Pacific Northwest . . .

. . . and it’s bad news for ash trees.  Emerald ash borer is an invasive beetle that became established in the U.S. in the early 2000’s near Detroit, MI.  It has since killed hundreds of millions of ash trees in the eastern U.S. in Canada and is considered one of the most destructive invasive pests in history. Until recently, it has not been moved west of the Rocky Mountains but this year it was found outside of Portland, Oregon.

This will have big impacts on forest owners in southwest Washington, where the native Oregon ash occurs more frequently.  However, other ash species like green or white ash are also commonly found in landscapes, which means urban and suburban areas will also be affected throughout the state.

It is only a matter of time until the beetle is found in Washington, so now is the time to prepare.  This workshop will focus on properly identifying both the beetle itself and the early symptoms on trees.  We’ll also discuss ways to improve early detection, management implications, and species options for replacing ash-dominant areas.

Both workshops will cover the same material.

Additional details and directions will be sent after registration closes on October 3rd.

Please read the following carefully to know what to expect:

This event is free!  Courtesy of WSU Extension and the Washington Department of Natural Resources.

Stay up to date!

Click on the links below to stay in touch 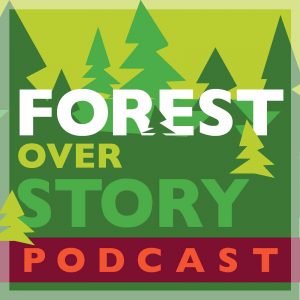 Sign up to see announcements for future classes and events in your area!

Please fill out the pre-registration survey using the link to the right.  Registration closes on October 3rd.

Reach out to Patrick Shults at patrick.shults@wsu.edu

Funding for this workshop was made possible by the Washington Department of Natural Resources, Lewis County, Pacific County, and U.S. Forest Service.

Extension programs and employment are available to all without discrimination. Evidence of noncompliance may be reported through your local Extension office. Reasonable accommodations will be made for persons with disabilities and special needs who contact Patrick Shults at 360-553-1116 or patrick.shults@wsu.edu at least two weeks prior to the event.